Vehicles on the road â€“ Evs, FCEVs, and Hybrid 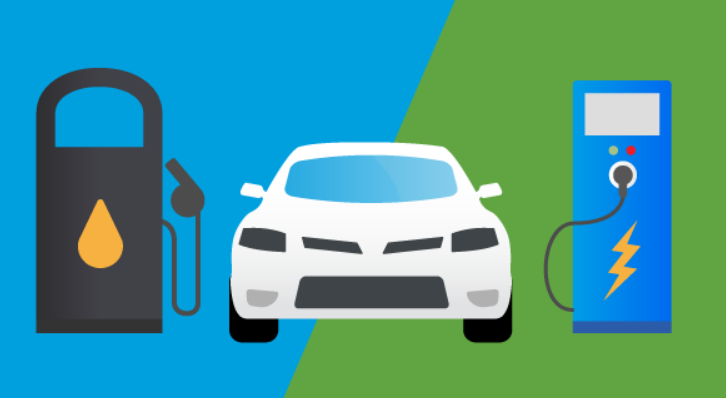 What is the main Difference?

Recently, there has been a lot of buzz surrounding electric vehicles and hybrid vehicles! To put it simply, hybrid vehicles combine electric motors with a gasoline engine to move the cars, and the system then recaptures the energy through regenerative braking. The electric motor does all the work at times, mainly when the battery is full, but as soon as the battery starts running out, the engine activates gasoline motors to provide the energy and power for the car to move.

On the other hand, electric vehicles run solely on battery power, which is the primary limitation of using battery-powered cars because the batteries have a limited capacity. It is also a significant research area currently where companies and manufacturers are working on developing a battery that runs optimally for long distances.

The increasing natural gas energy has also provided less carbon-intense alternatives in the transportation sector, where vehicles use compressed natural gas for a cleaner journey and lower emissions.

The fuel cell electric vehicles are powered by hydrogen, and they are a promising alternative for the zero-emissions strategy. The vehicles have onboard fuel cells that convert hydrogen and oxygen to power the electric motors. The chemical reactions result in water vapours at the exit, so hydrogen-powered vehicles emit water vapours instead of emitting carbon dioxide. Toyota's Mirai, Honda's Clarity Fuel cell, and Hyundai's Nexo fuel-cell SUV are already on the road. Certain factors are limiting the inhibition of a wider adoption at this point, but it has the potential to replace fossil fuels and emerge as the cleanest and greenest forms of vehicles on the roads.

Likewise, the flexible fuel cells (FFVs) also run on a mix of gas and ethanol that is produced from corn. Flex-fuel vehicles have the best network of fueling at the moment.

A Comparison of Running Costs

Running costs are also an important factor because if you consider a real-life scenario, 100 miles in a fuel-driven vehicle are no less than $20, but the costs would be only a fraction of what it is now with electric vehicles. The superior fuel consumption is the biggest attraction and advantage for the players in the logistics sector. It pushes for improvements in-vehicle batteries to help achieve the target of the deliverables without compromising on the quality or the schedules in any way.

Still, the significant battery breakthroughs and the infrastructure to facilitate such practices are yet to come. Still, advancements and movements in this sector indicate a revolution where the landscape is bound to change. The fine-tuning of lithium-ion batteries could potentially push electric cars to the 300-mile range barrier. Researchers are confident that this would be possible by the end of this decade.

This sector is still under development and requires significant changes in the related domains. It would require the automation of the logistics overall to ensure collaborations and communications. The scalability would only be possible if such practices are adopted globally so that there are no gaps in between. It is important to note that currently, electric vehicles are suitable for small-range tasks and deliveries. They cannot facilitate long-haul, and it is going to take a while to do so.

But a global digital approach to fleet management could answer all such issues and be the fit to the missing pieces in the puzzle. Similarly, hybrid vehicles are also increasing in numbers on the road, which allows the driver to switch between battery power and fuel power to ensure a low carbon impact.

or send us a message