What's causing your car to not start? 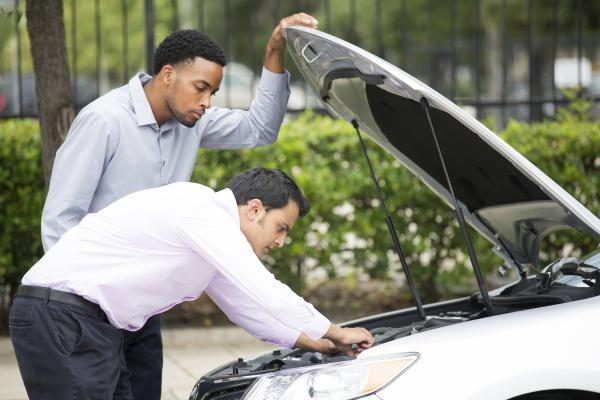 Nothing's more frustrating than finally getting ready to hit the road and being helpless behind the wheel because your car won't start. There are plenty of possibilities that lead to such an undesirable situation, and knowing them is key to avoiding the same dilemma in the future. Here are some of the likely reasons.

A dead battery is one of the top culprits for a car that won't start. This can be the result of accidentally leaving the dome light or headlights on over a long period. Some cars have a feature where the headlight stays on for a bit after you turn off your car. But in the case of cars with no such feature, your headlights will only turn off once the battery is drained.

Your car's alternator is responsible for keeping the battery charged while your car is on and running. This is why you don't have to worry about the battery shutting off even if you keep the radio at full volume and the lights on. However, when the car is turned off, the battery doesn't receive any charge. And when the lights or the blower was left on, the remaining battery charge gets used up. The strain on the battery caused by this is known as the parasitic draw.

If the battery is not the one at fault, the next thing you can check for problems is the ignition switch. If you can turn on the headlights and light up the dashboard, it's not a battery issue.

Another likely cause to investigate is a broken starter. If you hear a loud clicking sound when you turn the key in the ignition switch and the engine doesn't start, it may be the starter's fault.

The role of the starter is to set the engine in motion. It is directly hooked up to the battery and may get broken or weak over time.  The noisy, frustrating sound your car makes (as if the engine will crank after a few seconds only to die again) is because of a bad starter.

Before you get mad at your car for not acting as it should, have you thought that maybe it was your fault? If the gas tank is empty, then there is no one else to blame. It's not uncommon for drivers to forget to fill up the car's tank, so don't feel so bad.

There are a lot of tricks that drivers use when their cars won't start such as tapping on battery terminals, swapping battery relays, or giving the gas tank a smack. While you can do all these, it's always the safest option to call a mechanic to help you when you are at a dead end about what to do. You don't wanna risk damaging your car by recklessly tapping on its parts.